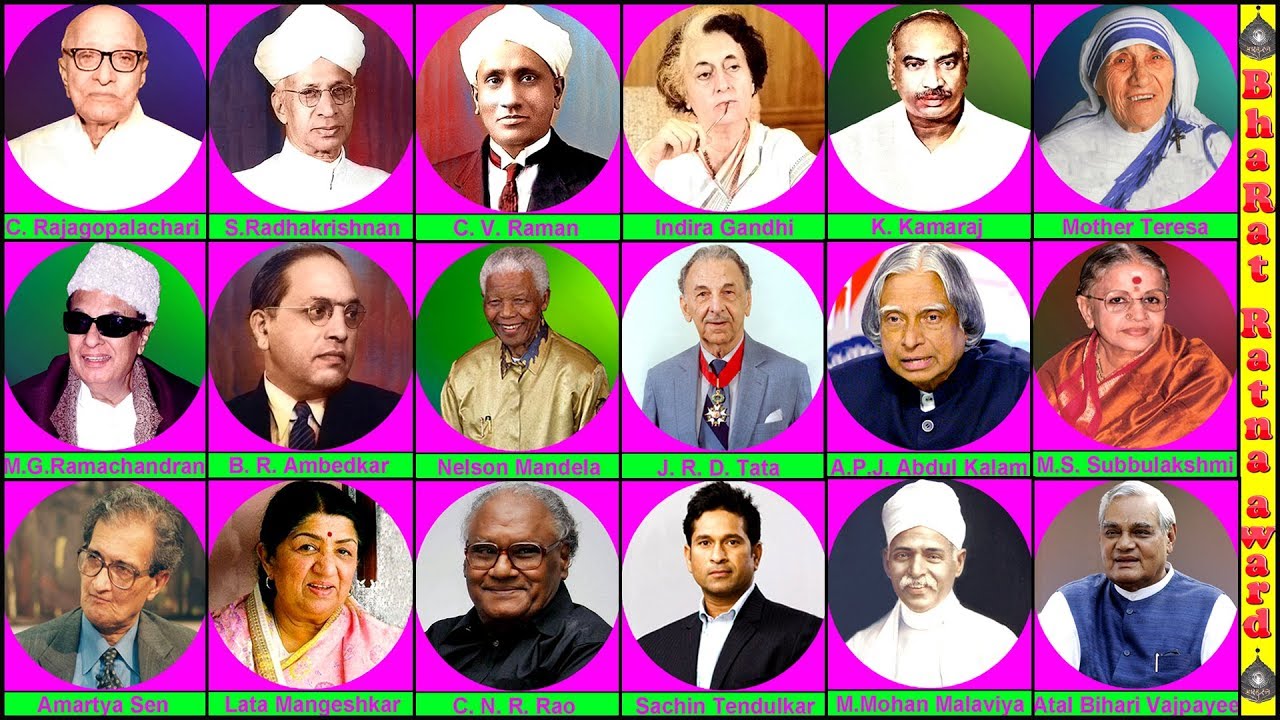 Bharat Ratna Awards Winners – The Bharat Ratna is the highest civilian award of the Republic of India. Instituted in 1954, the award is conferred “in recognition of exceptional service/performance of the highest order”, without distinction of race, occupation, position, or sex. The award was originally limited to achievements in the arts, literature, science, and public services, but the government expanded the criteria to include “any field of human endeavour” in December 2011.

The recommendations for the Bharat Ratna are made by the Prime Minister to the President, with a maximum of three nominees being awarded per year. Recipients receive a Sanad (certificate) signed by the President and a peepal-leaf–shaped medallion; there is no monetary grant associated with the award. Bharat Ratna recipients rank seventh in the Indian order of precedence.

The first recipients of the Bharat Ratna were politician C. Rajagopalachari, philosopher Sarvepalli Radhakrishnan, and scientist C. V. Raman, who were honoured in 1954.

Since then, the award has been bestowed on 48 individuals, including 14 who were awarded posthumously. The original statutes did not provide for posthumous awards but were amended in January 1955 to permit them.

I hope, this article about BHARAT RATNA AWARDS WINNERS |GKTodayJobAlert in Hindi is very informative for you.